Yesterday, we explained fall instructional camp and offered some thoughts on how ‘instructs’ work [link]. We also previewed the first 10 major league organisations’ rosters for instructs, noting every player from outside a top baseball region (e.g. the U.S.). Today, we continue with the next 10 clubs, with plenty of Caribbean players, plus entrants from Brazil, Canada, China, and Italy.

Houston
The Astros have only one player at instructs from outside one of the top baseball player-producing countries in Canada’s Jonathan Lacroix. The outfielder slashed .256/.323/.398 in 76 games in A-ball after being drafted out of Seminole State College, where France’s Fred Walter [link] plays.

Kansas City
The Royals have only one international of note at instructs, Chih-Ting Wang, a 19-year old RHP from Taiwan. Wang had a 4.95 ERA and 1.68 WHIP in 40 innings for AZL Royals, striking out 40 and walking 22. Royals’ rookies have an interesting schedule as they play the Aguilas de Mexicali on Sep. 26, Los Cañeros de Los Mochis on Oct. 4, ‘MLB International’ on Oct. 5, Italy on Oct. 12, and Ottawa a day later.

The Angels’ instructs roster is headlined by a pair of Bahamanian products, D’Shawn Knowles and Trent Deveaux, plus Panamá’s Sadrac Franco.

D’Shawn Knowles had a monster first season in pro ball, thiving in the AZL before getting even hotter with the Orem Owlz, turning in a cumulative .311/.391/.550 line with nine stolen bases despite being only 17 (2.5-3.5 years younger than the competition).

Deveaux was Knowles’ teammate for part of the season in Arizona and was also quite young for the league at 18. The outfielder slashed .199/.309/.247 with seven swipes and four outfield assists.

Franco is a right-hander from Panamá who struck out 36 in 35 2/3 innings for two rookie league teams, but had a 6.11 ERA and 1.64 WHIP, struggling with his control.

Continuing our look at instructs’ rosters with the Dodgers, the two international players of note are Curaçao’s Aldrich de Jongh and Colómbia’s Jair Camargo.

Miami
Tristan Pompey was drafted in the third round this year and the OF responded with an impressive debut, slashing .299/.408/.397 with 10 tsolen bases in 52 games across three levels. Will be a big part of Canada’s next World Baseball Classic squad.

Milwaukee
Meanwhile, in Brewers’ instructs, recent signee Jolon Zhao will take part after an excellent six-game debut for the AZL Brewers and Helena Brewers. The Chinese academy product struck out six in 8 1/3 with a 0.96 WHIP and 1.08 ERA. Zhao is joined by the Bahamas’ Orveo Saint, a middle infielder who debuted in the AZL this year and hit .126/.303/.207 with 60 strikeouts in 109 plate appearances. Interestingly, recent 16-year old Colómbian signing Branlyn Jaraba will also join Brewers’ instructs.

Minnesota
The Twins have just released their instructs’ schedule and it features two very interesting international outfielders: Brazil’s Gabriel Maciel and Australia’s Aaron Whitefield, both of whom have WBC experience.

The Twins acquired Maciel in the Eduardo Escobar swap and the 19-year old OF put an excellent first season in A-ball, slashing .280/.345/.348 with 16 stolen bases in the Midwest League. Maciel now has a career .291 average in 210G.

Maciel served as Barry Larkin‘s leadoff hitter in the Brooklyn WBCQ, going 3-for-12 with two walks and three stolen bases, all as a 17-year old. Will be a big part of the wave of Brazilian talent on the way (and was even name-dropped to us by Bo Takahashi as his ‘little brother’!).

Meanwhile, Australia’s Whitefield battled through a tough year as a 21-year old in High-A (1.4 years younger than the average player), battling injuries in a .214/.282/.275 season. Whitefield did steal 20 bases in 70 G. Whitefield will likely get another chance at A+ in 2019. 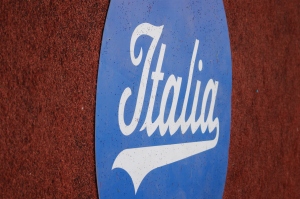