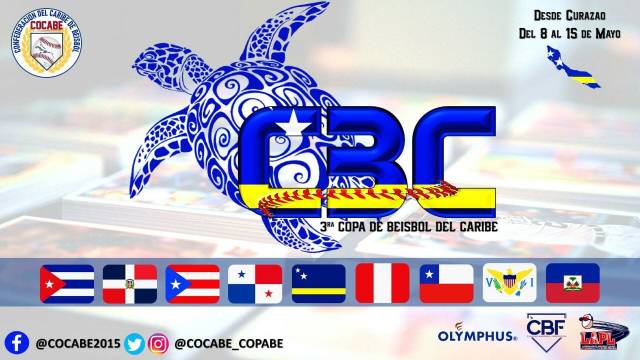 Cuba has released rosters for two early summer competitions, the third Caribbean Cup and the Americas Olympic Baseball Qualification Tournament. The Copa del Caribe is set for May 8-15 after a postponement from a scheduled start this past weekend and the final roster has been announced (below). From May 31-June 5, a full Cuban team is likely to travel to Florida for a shot at an Olympic berth, with several of its top stars in NPB listed on the preliminary roster.  Both squads are notable in that they feature the veteran talent for which Cuba is known, but each contains several highly regarded players in their early 20s. We break down the rosters, which include several of the most famous Cuban béisboleros ever and one of the top international prospects.

The big three still remain: Frederich Cepeda, Alfredo Despaigne, and Yosvani Alarcón. Undoubtedly one of international baseball’s greatest pure hitters of all time, Cepeda drew a mind-boggling 98 walks (against only 21 strikeouts) in 320 plate appearances in the 60th Cuban National Series, which concluded recently. He hit .369/.563/.607 in his age-40 season, raising his career line to .325/.474/.556 over 24 seasons. Cepeda has, of course, been a driving force in Cuba’s success since the last millennium.

Unlike Cepeda, Despaigne has spent a fair portion of his career in Japan, hitting .261/.350/.498 in parts of eight NPB seasons. Combined with his absurd CNS numbers, he has a .313/.408/.582 mark in 18 seasons. He returned for another year with the Fukuoka Softbank Hawks this spring and is in a race with Cepeda (who has three more safeties to his name) for hit No. 2000. Despaigne currently has more than 1,900 professional hits and over 400 homers.

Alarcón has been behind the plate for many of Cuba’s victories in the past 15 years and, like Cepeda, has mostly remained in Cuba. The Lenadores de Las Tunas star had a normal season by his standards this year, slashing .328/.375/.507, virtually identical to his career line through 16 seasons.

Erisbel Arruebarrena is a final name that will sound quite familiar after the Dodgers signed “The Flea” following an exhilarating 2013 World Baseball Classic performance. He is the only player on either roster with MLB experience, albeit only 41 at bats in 2014. Arruebarrena is one of a number of high profile defectors to return to the CNS and thrive.

Yurisbel Garcia, who has also played on the grass for NPB’s Hawks the past four seasons, also returns to the roster, as does Yadir Drake. Garcia is a .302/.353/.520 hitter in Japan, similar to his overall numbers in 13 professional seasons. Drake has plied his trade in Cuba, the U.S. minor leagues, Mexico, Venezuela, and Japan, hitting .307 as a rightfielder with discipline since the Dodgers granted him his release.

Prospects to Watchcepeda
There are several names you may not know, but should. César Prieto is arguably the top prospect in Cuba and, indeed, one of the most exciting young Cubanos in recent memory.  This year, he shattered the CNS record by hitting in 45 consecutive games, which ties Wee Willie Keeler for the second-longest of any top league worldwide. In fact, in the last 99 seasons, only Prieto and Joe DiMaggio have streaks of 40 or more games in any top league. Even including the minors, only 13 other hitters have reached that number, while the previous Cuban mark of 37 came with a metal bat [link].

Prieto led in hitting this season at .403, the only player to top the four-hundred plateau. He had 31 walks and only 11 strikeouts in 360 plate appearances, and had 27 percent more hits (128) than the second-place finisher (101). After hitting .370/.443/.520 in his first 157 CNS games, the middle infielder—only 21 years old—became one of the rare Cubans to sign with the Mexican League, inking a contract with the Tabasco Olmecas for the 2021 season [link].

Chapelli has signed to play in Panamá’s professional league this year, along with heralded Camagüey teammate Yosimar Cousín, who it was believed would be named to one of the rosters. Prieto, Tur, and Geyser Cepeda (see below) will also play in the Central American country.

Although past the prospect age, Rafael Viñales is young enough that he could still develop into a national team star. The catcher-first baseman was second in the league in average (.387), home runs (19), and slugging percentage (.659). Viñales has a .517 slugging percentage in this last five CNS campaigns.

Those power numbers were second only to Lisbán Correa, who returned to Cuba after defecting and has taken his game to another level. This year, he became the first defector to win National Series MVP after a monster season in which he led the league in roundtrippers (28) and slashed .320/.457/.692, slightly behind his .408/.539/.708 mark in only 18 games the year before. He has also signed in Mexico for 2021.

Other pitchers that could make a start include Yoennis (“Yoanni”) Yera, who looked good in five starts in the Mexican Winter League (2.93 ERA and 4.17 K/BB in 27.2IP), Carlos Viera, and Yoen Socarrás.

There are a handful of fairly interesting players on the roster for the Caribbean Cup and the squad is a representative “Cuba B” team, as it has sent to so many tournaments. It is scheduled to face Dominican Republic, Curaçao, Panamá, and then Puerto Rico in the “Elite Group”.

Geyser Cepeda is the top prospect on this list, as he hit above .350 for the second year in-a-row. Cousin of the more famous Cepeda, the 23-year old plays centre and combines great plate discipline (51 walks and 15 strikeouts in 317 PA in 2020-21) with speed and increasing power (.504 slugging in the 60th CNS).

Pablo Luis Guillén is a moderately intriguing right-handed pitching prospect. Debuting at 18, the now 22-year-old has a 2.73 ERA as a starter across five professional seasons, including three starts in the 2020-21 Venezuelan Winter League. Marlon Vega earned Rookie of the Year honours for Mayabeque with a 4.36 ERA and 8.0 K/9 in relief, though he did walk 6.6 per nine.