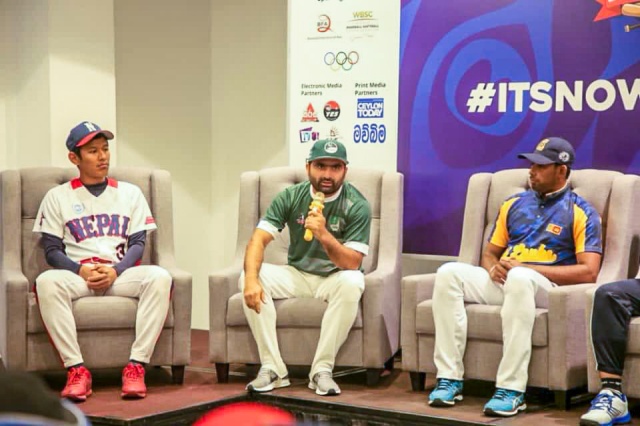 Days after we released guest author Alex Ayala’s roster projection on Pakistan [link], we have been given an exclusive preview into Pakistan Federation Baseball’s (PFB) official World Baseball Classic Qualifier roster. The federation’s official list includes 29 players, of which several are alternates, and we have been given access to 18 from that total. These players include the first-ever set of twins to play in a WBC event and reveal much about the progress made in the country since the Brooklyn Qualifier in 2016.

Only seven of these 18 players return from the 2016 World Baseball Classic Qualifier, including six from the team’s starting lineup. We successfully predicted the inclusion of 13 of that 18, with the other five all 20 years old and younger.

Of the remaining 11, four are older players ranging between 25-31. Federation President and Head Coach Syed Fakhar Shah told us on Feb. 9 that “These players will teach our youngsters because of the players we are bringing, half of them only started baseball when they were 22 or 23.”

This older group of WBC neophytes includes pitchers Muhammad Amjad Aslam and Muhammad Taimoor Javed, infielder Asad Ali, and outfielder Muhammad Majeed. We successfully added all four to Ayala’s projection and featured them in the article linked above.

The youngest players are most interesting, however. They include pitchers Amir Asghar (20), Muhammad Haris (19) and Wali Muhammad (18), and infielders Muhammad Hussain (22) and Muhammad Zakir (turning 23 on Mar. 3). Zakir was included in Ayala’s prediction, while we added Haris and Hussain to the list.

In addition, Pakistan will roster first baseman-pitcher Syed Ali Shah and catcher Syed Muhammah Shah, who will make history as the first twins in WBC history. Also noteworthy, though, is that the Shah brothers will compete at 15 years and nine months, making them only slightly older than youthful record-setter Eric Pardinho of Brazil.

Syed Ali Shah served as Pakistan’s leadoff hitter at the Under-15 Asian Championship in 2019 and stole four bases in five games, hitting .267. He also pitched in relief in a pair of contests. A three-sport school star, Syed Ali won two golds and a silver at an international school competition in 2018, setting a record in the 400 metre. It is his tenth team selection, including second senior national team selection (2018 Asian Games).

Syed Muhammad, meanwhile, was the team’s hottest hitter at the U15 tourney, going 6-for-12 in four games. He had three two-hit games, including one against South Korea. Also a track and football star, Syed Muhammad holds records in the 100 and 200 metre races and will also make appearance No. 10 in international competition.

Asghar might only be 20, but could see some key spots for the South Asian nation. In recent workouts, the right-hander has hit 89 and sits 87 on his fastball. Asghar mixes in a change-up and a still-developing curveball.

Alas, two other talented players will not travel with the team. Anonymity has been requested for both, but one is a young pitcher that has registered 93 on the radar gun. The other is a former starter at a top California NAIA programme who had a 3.40 ERA in 82 innings as a senior. A right-handed pitcher, he finished with a 3.96 mark in 127.2 frames over three years. Now 28, the Pakistani-American also hit .250 in 56 at bats.

Even without them, it appears Pakistan has developed some interesting young players worth following in the World Baseball Classic Qualifier.

“We are in the World Baseball Classic because of our talent, not because of our support,” concluded Shah. “If we had a good place and could have MLB coaches and a good facility. I believe with that in only a year we could [have a player sign a professional contract]. If I had something like the One Million Dollar Arm, I could easily give a pitcher that throws 90-plus. We just need time and a little support.”