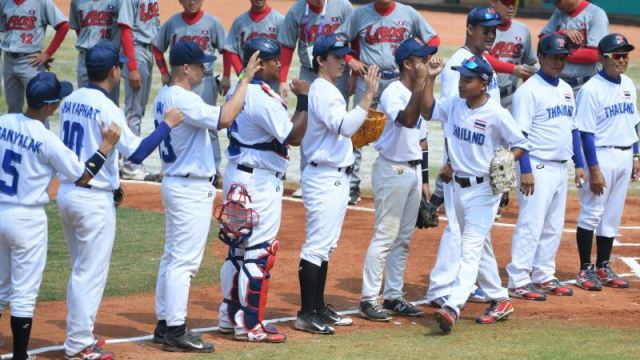 With an Asian Games-record of 10 nations in the baseball competition, Laos, Sri Lanka, and Thailand face off in a preliminary round to determine which of the three will advance to face Asia’s top seven. Only Thailand has appeared on the diamond at the Games before and the nation brings much more baseball experience as well. No team other than South Korea, Taiwan, or Japan has ever won a medal at the Asian Games, but China’s six straight fourth-place finishes might be a possibility for the other teams.

First, however, the preliminary round has to crown a victor. The winner joins Japan, China, and Pakistan in Group B. Group B plays from 26-28 August, as does Group A, which includes Korea, Taiwan, Hong Kong, and Indonesia. Mongolia was also originally meant to play in the preliminary round, but withdrew, and the Philippines has not sent a team since 2006, though it has competed in other sports. Other possible entrants Cambodia, Iran, Iraq, Malaysia, Nepal, and Singapore also elected not to send teams.

Laos is making its international baseball debut after its federation was founded only in 2014 and recognised by the WBSC in 2017. It does have Korean legend Lee Man-soo at the helm, but will face an uphill task as documented by Yonhap News [link].

Meanwhile, Thailand has dropped all the way to No. 56 in the world, falling roughly three spots a year for the last nine years. The 2013 World Baseball Classic Qualifier selection has fared poorly in recent competitions, a second-place finish at the 2018 East Asia Baseball Cup notwithstanding. 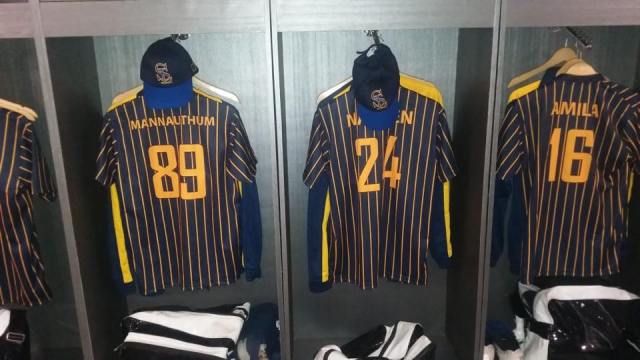 Sri Lanka, on the other hand, has risen to No. 40 in the world, jumping 12 places from 2017. This places the team in the company of Belarus, Ukraine, Hong Kong, and Indonesia, the latter two of which were selected for the main draw. Last year, Sri Lanka upset No. 24 (at the time) Pakistan 4-2 in the West Asia Cup final, though it dropped matches to Taiwan, Korea, the Philippines, and Pakistan, defeating only Hong Kong in the Asian Baseball Championship. It has since hired the former CEO of Sri Lanka Rugby [link] and competed for the first time in the Asian Little League Championship, where it lost all six of its games this year.

Interestingly, Group A looks to be the much more difficult group, with Korea and Taiwan all but assured of advancing, particularly considering both are fielding a large number of professionals. While Japan will almost certainly win Group B, it is entirely possible that the opening round victor could fend off China or Pakistan to advance to the medal round.

Box scores are unavailable for the tournament, but we will report scores @ExtraInningsUK.