Durham University Baseball has only been around for two years, but the club has already had some impressive achievements. Durham has fielded two teams since in its first season and won the National University Baseball Championship in the autumn of 2016. The First XI has never posted a losing record over the course of a season and much of Durham’s success comes down to its co-founder Will Zucker. Last Sunday, Zucker was tabbed BaseballSoftballUK’s Young Coach of the Year.

“One of the many highlights of BSUK’s Coach Summit was seeing Will Zucker pick up the award for best young British coach,” remarked Great Britain coach Will Lintern. “I have [known] Will for a number of years, first as a player when he played for the U18 Great Britain National Team, and as part of the High Performance Academy. In the last couple of years, I have greatly enjoyed seeing him blossom into a fine young coach. It took great courage and conviction to start a baseball club from scratch whilst still balancing his studies and academic commitments. This is no doubt down to his strength of character and commitment to excellence.

“One could look at the success he has had, winning a National Championship less than [eight] months after the first practice and being the first team to knock Loughborough University off of [its] throne. But I prefer to reflect on how in that same time he has grown the club to have two full teams plus supporting the formation of the first women’s university baseball team. Those achievements speak to his character as much as the wins and championships.”

BSUK awards the best young coach in Britain yearly, with the accolade limited to coaches under the age of 22 who are ‘deemed to have made the biggest contribution to coaching, managing and supporting baseball and/or softball’. As the qualifications suggest, Zucker went up against coaches in softball as well, while the nominees were not limited to only university coaches. His précis offers a preview of Zucker’s impressive baseball C.V.

“Since arriving at Durham University, Will has worked tirelessly to establish the university’s baseball club, working with both international and UK students. The club entered two teams in the National University Baseball Championship in its first season before winning the prestigious title in Autumn 2016.  Will, who has represented Great Britain Baseball as a junior player, has been instrumental in recruiting 30 new players this year for the Durham University Baseball Club by delivering dedicated and engaged coaching to all involved.” 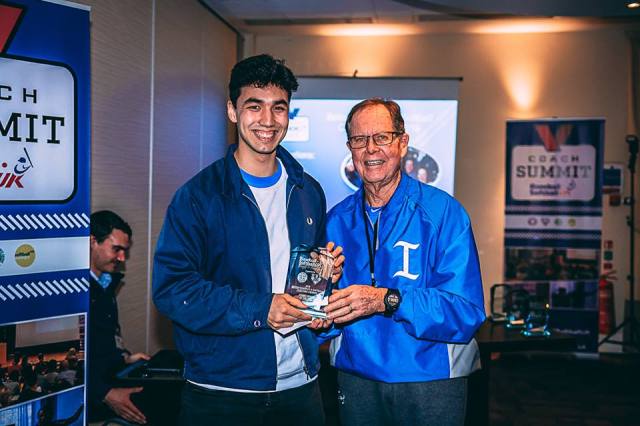 Zucker beat out a fellow university coach, along with a coach for one of Great Britain’s national softball teams. The two other coaches shortlisted were Dan Patterson of the University of Reading Softball Club and Sian Wigington, an Assistant Coach for the GB Under-16 Girls Fastpitch Team in 2017 and also helped coach and organize a new team in the Great Britain Fastpitch League. Wigington is also a member of the GB Women’s Fastpitch Team player pool.

“This is the second year Will has been shortlisted for the Young Coach of the Year Award, and with Durham University’s Baseball Club going from strength to strength; growing its membership numbers as well as the standard of its players due to Will’s hard work and coaching, it is the perfect time to recognise his achievements over the last few years,” explained Leah Holmes, BSUK’s Development Manager for the Midlands. “Congratulations to Will and a big thank you from all of us at BaseballSoftballUK for everything you have done to help grow our sport.”

Zucker has a long history in British baseball despite being only a few weeks from his 21st birthday. The London native played club baseball for Herts Baseball Club, appearing as a middle infielder and pitcher over a number of seasons. Zucker had a RBI-single in the 2013 PONY Under-17 National Championship for Herts Harriers. More recently, Zucker played for Herts Falcons and was selected for BSUK’s High Performance Academy, with whom he has trained throughout his time at Durham. 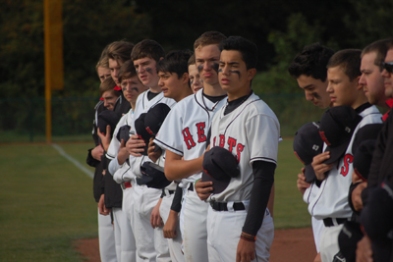 “Will is, and has always been, a hard-working player with very good knowledge of the game,” expressed Cris Hiche, who coached Zucker with Herts’ U19 and U17 squads and will be his skipper this summer with the Falcons. “He’s a fundamental piece in our team, not only because of his baseball skills but also brings his passion and discipline. I’m very pleased Will got recognised for what he has done for British baseball with a well-deserved Youth Coach of the Year Award.”

Lee Manning, who skippered Zucker in his first stint for the Falcons, added, “ I can only echo Cris’ words but maybe add that Will has great leadership skills that will take him far in baseball and personal life.” 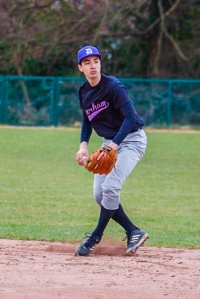 Zucker’s talent was recognised as a teenager, as he was chosen for Great Britain’s Under-18 National Team, participating in two European championships, including the 2014 U18 B-Pool in Croatia, in which Britain qualified for the A Pool. A year later, Zucker tripled and reached base three times against Germany in the Junior European Championship, collecting a hit against Sweden and stealing a base, though GB had a tough time against Europe’s top baseball-playing nations.

“In terms of coaching style, like all great coaches Will is a sponge,” pronounced Lintern. “When he was starting out he would regularly ask me additional questions about the drills and routines we had at the [GB] Academy and High Performance Academy. I hope his time working with myself and the other excellent coaches we have in the programme has given him some ideas and influenced his ability to communicate his ideas to the players he works with.” 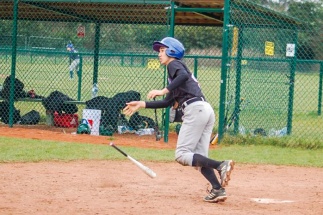 Once baseball was accepted provisionally by Team Durham, Zucker led taster sessions and organised all coaching and on-field activity. Durham’s first team placed fourth in the spring NUBC and finished an impressive 7-3-5 (a winning percentage of 57), losing only one game in eight tries against university squads. Zucker himself hit .333/.484/.417 and was second on the team with 14 stolen bases, despite consistently ceding time to new players.

Since then, the club has gone from strength to strength under Zucker’s tutelage, with a consistent roster of around three dozen players. In the second year, DU claimed the autumn national title, the first time any club had defeated Loughborough University for the championship. The year went from strength to strength as the club finishing third in the spring NUBC and the won the annual M1ST tournament, finishing with an incredible 17-1-3 record.

“Will is the heart of the club and without him, there probably wouldn’t be any team to speak of,” noted current Durham president Jack Andrew. “He sacrifices a lot of his own time and effort and takes a real personal interest in the development of every member of the club, no matter what their level of experience.”

Zucker, a criminology student, has big plans for his final year at university. The club will have its third tour in 2018, this time to Barcelona, after trips to Northern Ireland and Scotland in its first year. Zucker also hopes to take home the NUBC crown one final time before matriculating in June. You can follow Zucker’s Durham on Facebook (link) and Twitter @durham_baseball.