This article first appeared on the website for Great Britain’s National Baseball Teams, but was written by our lead writer, Gabriel Fidler (link to original). He also interviewed Trevor Hoffman at the WBCQ (link).

His hat might say SD rather than GB, but perhaps the best player to ever wear the Great Britain uniform is finally entering the Baseball Hall of Fame. Last Wednesday night, Trevor Hoffman received ‘The Call’ after achieving the required 75 percent of votes in just his third year on the ballot. Only two relievers have achieved this feat in less time, and one of them was a starting pitcher for half his career.

Hoffman served as Great Britain’s bullpen coach in the 2017 World Baseball Classic Qualifier in Brooklyn. Under his tutelage, British pitchers had arguably their best performance ever, looking superb in wins over Brazil and Pakistan, while suffering two heartbreaking losses in games against Israel.

Hoffman’s mother was a ballerina from Southend-on-Sea. And though he was born and raised in California, he has always maintained close ties to this country. He was connected with Team GB by First Base Coach and stalwart Brad Marcelino, who also serves as an Assistant Coach at the University of San Diego. Hoffman, Marcelino and GB Head Coach Liam Carroll met in the same city in the Summer of 2016, and the rest is history.

“Some people change the vibe when they enter the room,” says Carroll. 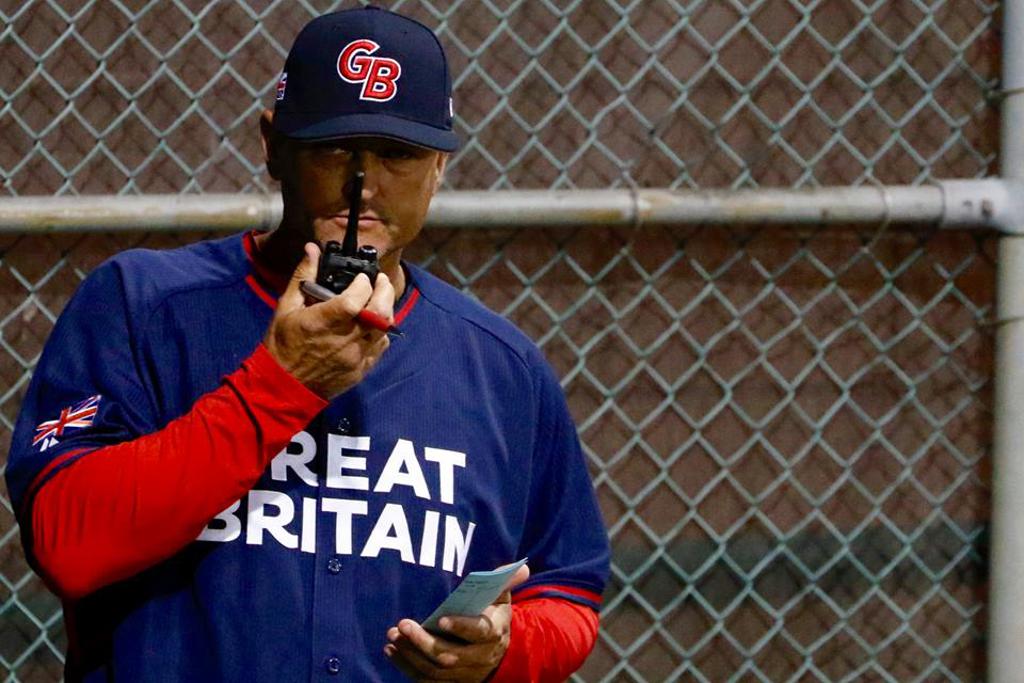 “They have a presence, an aura or a spirit that lifts people up. Whatever you want to call it, Trevor Hoffman is one of those guys. I knew immediately we had to do everything we absolutely could to bring him into the GB fold.”

The thoughtful and good-natured Hoffman is best known, of course, for his bulldog demeanour on the mound. He spent 15 years as the dominating closer for the San Diego Padres, with whom he set the all-time record for saves in 2006. Hoffman, who currently works as Special Assistant to the GM, still holds the accolade for the National League with 601 but relinquished the all-time record to the legendary Mariano Rivera in 2011.

He won the 1998 and 2006 National League Rolaids Relief Award as the circuit’s top closer, and appeared in seven All-Star Games – tied for fourth-most among relievers. His career numbers read like a Hall-of-Famer’s: 1035 games, 1,133 strikeouts in 1,089 1/3 innings, and a 2.87 ERA that ranked 41 percent better than the competition. He has the second-lowest WHIP (1.06) and the highest strikeout rate in history (26 percent) for relievers who have pitched at least 1000 innings.

Hoffman’s 856 games finished are second-most ever (behind Rivera), and he accumulated 28.4 WAR (wins above replacement – a statistic for measuring the positive impact a player has on his team), the most ever by a pitcher used solely as a reliever.

All in all, then, not a bad candidate to be martialing the bullpen at a qualifying event for baseball’s premier international competition.

“A big challenge in an environment like the World Baseball Classic is to get everyone pulling in the same direction as quickly as possible,” Carroll says.

“While we came up a little short in Brooklyn, our team’s camaraderie was never in question, and Trevor was instrumental in bringing everyone together.

“That echoes the scouting report on him that’s been revealed during the run-up to the Hall of Fame announcement. Performances aside, he’s been the ultimate teammate throughout his career, and continues to inspire and motivate players in his role with the Padres.” 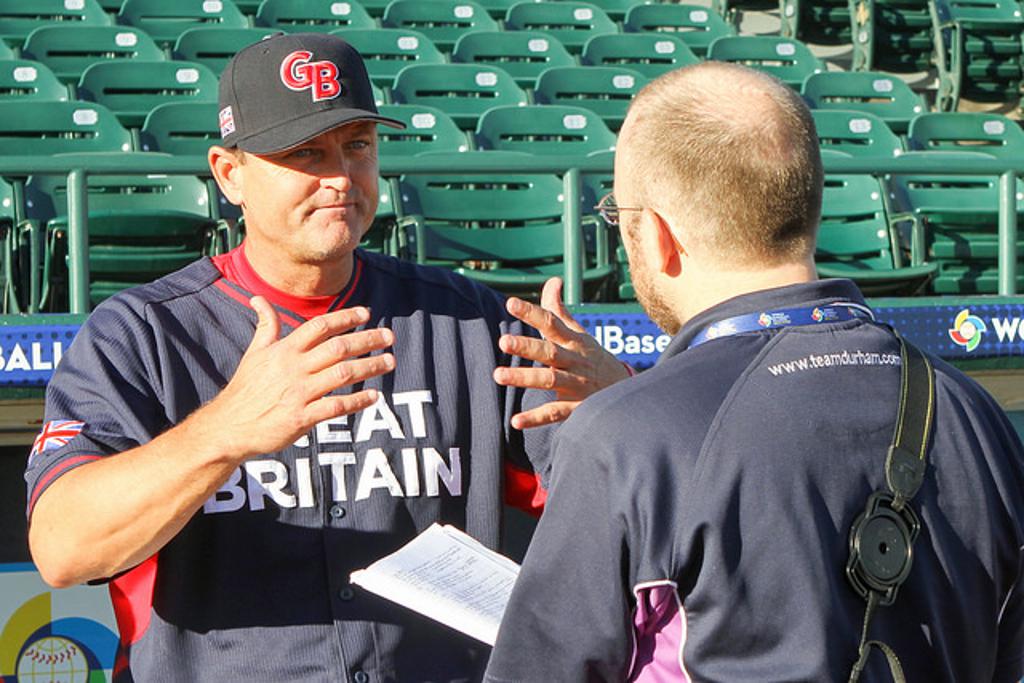 “Why the height of the coaching staff matters I’m not sure,” he says, “but it was a detail that MLB asked for in the run-up to the WBC Qualifier.

“When I met Hoffy, I knew I was in the presence of greatness – that’s the only explanation I have for thinking he was so much taller than he is. He was a giant of a player, and is a giant of a human being.”

Congratulations also poured in from GB coaches and players on Twitter, many of whom posted pictures of themselves with Hoffman. Reliever Vaughan Harris wrote, “I was lucky enough to spend a week with this legend at the @WBCBaseball and pick his brain on pitching, and am super happy for the newest @baseballhall member @THoffman51.” 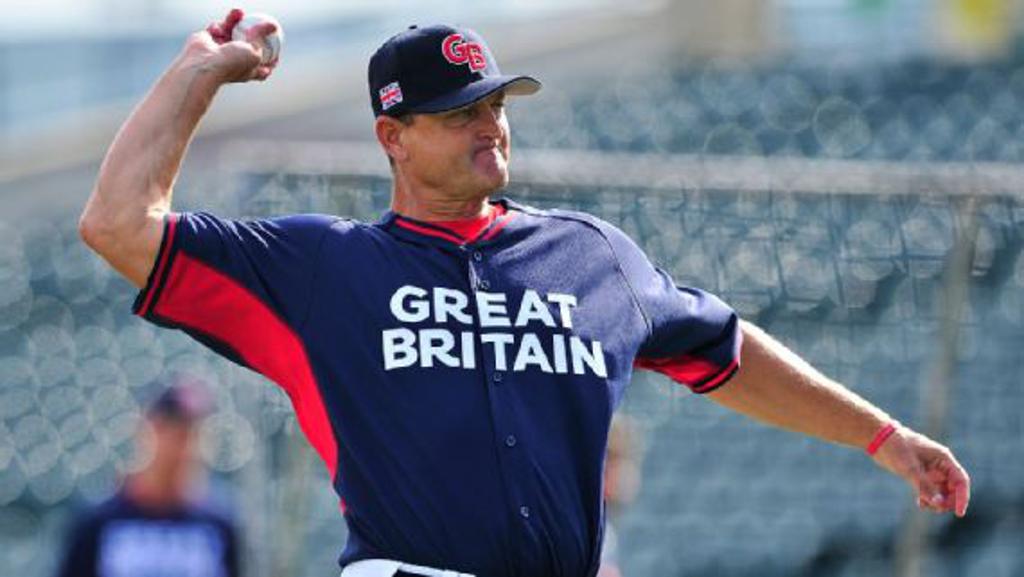 Outfielder Todd Isaacs tweeted, “Congrats @THoffman51 on the hall of Fame nod! It was a pleasure playing for you with Great Britain! #thegbway.”

Despite the fear he inspired as ACDC’s ‘Hell’s Bells’ heralded his entry from the bullpen, Hoffman also earned a reputation as one of the game’s good guys. He took home several top awards for his work off the field, including the Hutch Award in 2004 as the player who ‘best exemplifies the fighting spirit and competitive desire’ of Fred Hutchinson, a Major League Baseball pitcher and manager who died of lung cancer aged just 45.

In 2006, Hoffman was honoured with the Lou Gehrig Memorial Award, given to the player who best exhibits the character and integrity of legendary Hall of Famer, Lou Gehrig. In 2008, he received the Branch Rickey Award Winner for exceptional community service.

The native Californian is merely the sixth relief pitcher in baseball history to be inducted into the Hall. He had to wait an extra year after falling an agonising five votes shy of election on last year’s ballots. This time, the right-hander was listed on 337, or 79.9 percent of the 422 ballots cast by the Baseball Writers’ Association of America. Only Dennis Eckersley (in his first year of eligibility) and Rollie Fingers (the second) took less than nine years to gain entry. Hoffman’s name will be added to baseball’s finest on July 29.

None of them, however, can possibly leave so great a mark on British baseball.

“As far as his body of work as a player, he’s a model of consistency at a very, very high level,” Carroll concludes. “We preach to our players that choices are the hinges upon which the doors of life open and close.” 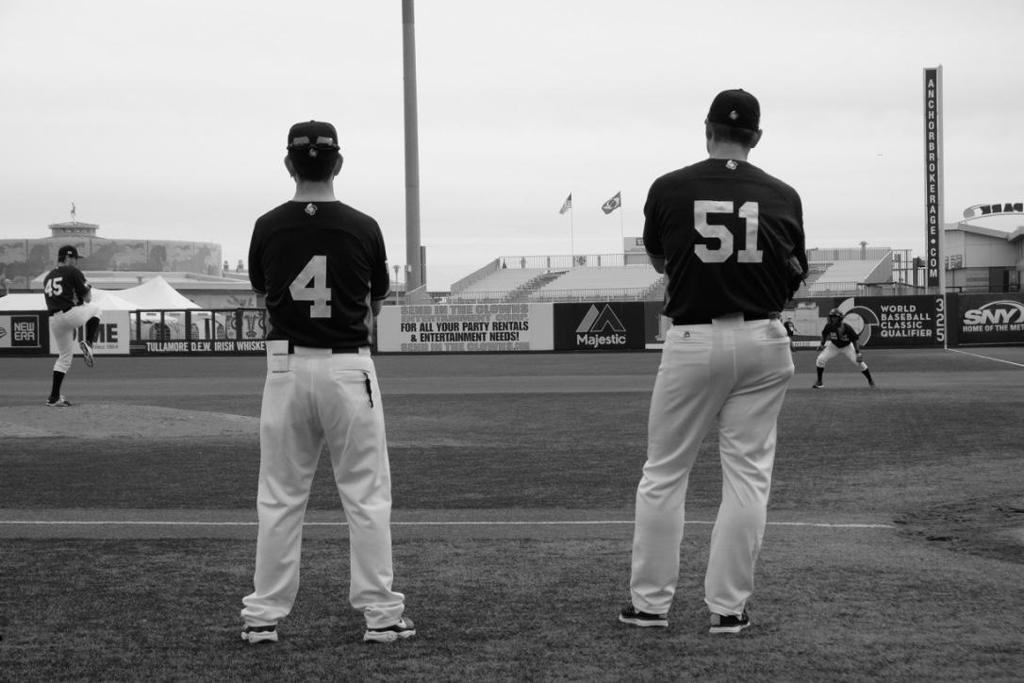 “The elite performances – the Hall of Fame calibre performances – that we were so fortunate to have witnessed are the result of Hoffy having been relentless in making the right choices, especially with regards to his work ethic, away from the limelight, and in that sense he’s a role model for any player with the aspiration to reach the maximum of their abilities.

“I’ll be forever grateful that he made the choice to sacrifice his time away from his family and the Padres to work with Great Britain Baseball. It certainly opened up doors for our players and staff to learn from him, and now we’re all so happy to see him elevated to his rightful place.”

Extra Innings UK covers baseball around the world, focussing on the sport at the national team level, with features on prominent players, scouting reports, and occasional breaking news. We are fully credentialled by MLB and have covered the World Baseball Classic, continental championships, and the U.S. minor leagues.
View all posts by Gabriel Fidler →
This entry was posted in Europe, Great Britain and tagged Baseball Hall of Fame, GB Baseball, Great Britain Baseball, Hoffman Hall of Fame, Hoffman HOF, Team GB, Trevor Hoffman. Bookmark the permalink.