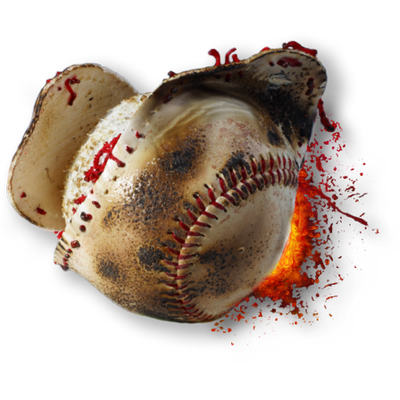 Josh Chetwynd revealed Mister Baseball’s ranking of the Top 50 European baseball clubs today (link) and the Netherlands’ Curaçao Neptunus took home the top ranking, its fourth time as the best team in Europe. Italy, Germany, and other clubs from the Netherlands dominated the first 15 as usual, but 10 nations (11 including ties) set a record for their top-rated team.

Belgium and Austria were the highest-ranked nations to achieve new poll records. The former’s K. Borgerhout Squirrels were No. 16, the first time a Belgian team cracked the Top 20. The Athletics Attnang-Puchheim were No. 25, the best-ever finish for an Austrian side. Czech Republic’s Draci Brno tied the country’s previous top mark at sixth.

Belarus’ BC Minsk established a national record with a No. 27 ranking. They have continued to climb the standings, with last year’s 30th placing breaking a trend of mostly mid-40s ratings. Switzerland also had its best-ever ranking, with the Therwil Flyers being selected at No. 29. Between 2012-16, they hovered in the low-30s, and before that closer to 40.

Silesia Rybnik gave Polish Baseball its best-ever club ranking in 2017 with a No. 34 placing. Stal Kutno held the previous record with the 36 spot in 2010, making this the third time in 11 seasons Poland has cracked the Top 40. Meanwhile, Lithuania also had a record placing in the club poll, as Lituanica Kaunas moved up a hair to No. 36 after tying for the same number in 2016. It is the fourth season a Lithuanian club has made the Top 40.

Estonia’s Kiili Pantrid continued its rise as well, with a No. 37 spot the country’s best. Pantrid was the first (and only) Estonia club to crack the top 50 in 2014, tied for 39th before slipping out a year later. Yet another top ranking was achieved by Baseball Serbia, as Beograd 96 hit the top 40 clubs for the first time, breaking its 2013 record of 41. They did not make the top 50 in 2016, missing for the third time in 11 seasons.

A club from Baseball Finland has only made the Top 50 five times, but the Espoo Expos set a record for top rating with a tie for 41st of European clubs. The previous record was a tie for 42nd in 2012 and 2013. The Expos are the only Finnish club to ever be considered in the poll. The Oslo Pretenders gave Norway its top club ranking in 2017, tying for No. 41. Norway has only had a club ranked six times, with the Pretenders taking home each, setting a record in 2013 and 2015 with a tie at 43rd.

British Baseball was represented by the London Mets, tied for 22nd, and the Southampton Mustangs at No. 33. Last year, the clubs were at Nos. 31 and 26, respectively. The Mets had the UK’s highest mark since their No. 19 ranking in 2008. The all-time record for a British club is the Mets’ tie for thirteenth place in 2007. Since the rankings started 11 years ago, BBF has always had exactly two teams in the top 50, with the exception of 2015, when the Mustangs were an honourable mention. (Hat tip to @chris_st_amand for the correction regarding 2015.)

Latvia, Portugal, Moldova, and Greece have all previously been rated but are no longer. Latvia was last considered in 2015 when the Riga Lions received an honourable mention after tying for 44th in 2014, the country’s best finish. They were considered between 2007-08 and 2011-2015. Portugal cracked the poll in 2008 and 2012-14, never cracking the Top 50, though its Almada White Sharks were tabbed for an honourable mention all four years. Greece was rated between 2012-14, with Marousi 2004 setting a record with a tie for 46th in 2013. It is unclear whether the Balkan country still has baseball clubs. Moldova was only considered in 2012, with KVINT-SDIUSHOR NR.4 receiving an honourable mention.

Russia did not have a team considered for the Top 50 as it country’s teams are not ranked. The same goes for Israel, which appears to finally be growing after 10 years of high-profile American investment. Denmark has also never been rated, though it is unclear whether it has a domestic league.

Josh Chetwynd reached out to explain the missing clubs: “Some countries have dropped out of the rankings in certain years simply because we don’t have data from that nation. The website reaches out to all federations…but, sadly, if we don’t have seasonal results, there’s no way to include them.”

What can we conclude from 10 (11 including ties) of Baseball Europe’s 27 nations achieving a national record in the continental club rankings? The top countries remain as strong as ever, but Europe’s emerging countries are becoming incrementally better. And that is promising.