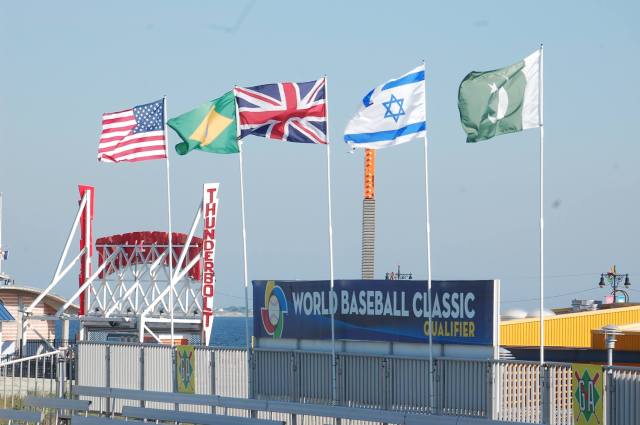 It has been another busy week here at Extra Innings, and for those who have not subscribed to the site, we thought a run-down of the news we covered might come in handy. As usual, our news came from all over the world, including Great Britain, Italy, Lithuania, Taiwan, and Aruba. We also premiered photos from our newest journalist, Ben Turner, an integral member of the 2016 British National University Baseball Champions, Durham University. Week in Review may become a regular feature, or it may only appear in especially busy news weeks.

Last weekend, we broke down MLB’s Collective Bargaining Agreement and what it means for games in London, Asia, and the Caribbean (Link). A follow-up story is planned, as further research reveals that, while MLB plans to have Opening Day in Asia in 2018, Korean and Taiwanese journalists are unaware that any contact has been made with their respective federations.

Other big news over the weekend that went unreported elsewhere was Lithuania winning its first baseball tournament ever. The Green-and-Yellow have had a great 2017, with Dovydas Neverauskas becoming the first Lithuanian to make his major league debut, and the National Team winning the Miejska Gorka pool of the B-Level Euros (tweet). We reported additionally new information on qualifying for the 2019 European Championships, which had been moved back an additional year and, therefore, will have two B-Level qualifications tournaments. As a result, the two winners of the 2017 tournaments (Lithuania and Austria) will have to play to ensure a spot in the top-level Euros (tweet). One further win in a playoff with Austria would qualify them for the European Championship for the first time.

We started off the week by breaking the news that the Red Sox have signed an Aruban player that could become the next Xander Bogaerts (Link).

We reviewed the second half of July for Mark Teahen‘s Italian club, Tommasin Padova, highlighting his streak of walks reaching 10 games (Link).

We looked at the mid-season departure of one of the Italian Baseball League’s top pitchers, Rudy Owens, who left Bologna to return to university (Link).

Great Britain Baseball’s U18 Head Coach Will Lintern spoke to us about MLB Battlegrounds in London (Link).

We profiled Jared Lansford, a former Athletics’ prospect who pitched the last two seasons in Taiwan, as he signed with IBL’s Bologna (Link).

The Mexican League inked a broadcast deal with Cinépolis Klic, a major development for a country that has seen baseball participation and attendance drop. News has developped since in Spanish, while we are teaming up this week with Rodrigo Amozurrutia of Mexico City’s Record to explain why it matters (tweet).

After three South American Championships in two years, Argentina and Colómbia’s national federations told me that none was confirmed for this year (tweet).

GB’s Gary Davison chatted with us about Battlegrounds and how he ended up on the Great Oak Stage (Link).

We broke down this weekend’s action for Teahen’s Padova, including his personal efforts. (Link)

Our interview with Shawn Green was featured by MLB Trade Rumors (Link). We have regularly been listed in MLBTR’s Sunday roundup.

And finally, we completed a project to identify all forms of communication offered by national baseball federations around the world, from Afghanistan to Zimbabwe. A PDF will be available soon.

We have much planned for the upcoming week, including more from Italy and Taiwan, as well as beginning our series of Summer Universiade previews, which sees eight teams send squads of university players to compete in the event’s baseball tournament. We will also be speaking to Serbia’s Christian Bokich about the B-Level Euros.

If you know of an interesting story or would like to hire one of our writers or photographers for a story, please get in contact at extrainnings.bb@gmail.com.