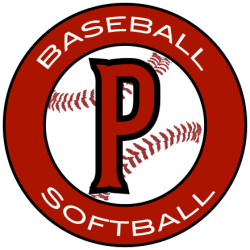 Mark Teahen hit his first home run in the Italian Baseball League, but struggled in three other June games as his Padua club won only one of four games in the past fortnight. Teahen’s roundtripper came in a 6-2 loss to Parmaclima Parma, which Tommasin Padova had beaten 2-1 the night before, but the solo shot was not enough to change the game’s outcome.

In Padua’s series with Rimini on 1-2 June, Teahen’s side immediately fell behind in each game, giving up five runs in the first three frames of both, losing 7-1 and 12-2. Ricardo Hernández (1-1, 2.18), an IBL and European legend, was dominant in game one, striking out nine in six frames and surrendering a single run on a mere three hits and two walks. The bullpen held the Tommasin batters hitless over the final three innings.

In game two, it was much the same story, as Italian national team starter Carlos Richetti (2-1, 1.10) whiffed six in 4 2/3, scattering two hits and a free pass as Padua plated an unearned run. Yunior Novoa and Diego Fabiani were shelled in their respective starts for the losers.

Teahen had an errorless game at the hot corner after transitioning to third base in May, but was 1-for-4 with a RBI-single in game one and 1-for-3, striking out once in the second contest.

Last weekend, Padua snapped a six-game losing streak in Parma, ekeing out a 2-1 victory in a rare pitcher’s duel. Carlos Perdomo had a solo shot for the victors, while Roberto Canache (1-4, 4.71) had the best start by a Paduan pitcher yet, whiffing eight in four shutout frames, with the only blemish a single hit allowed. Yunior Novoa earned the win, though, as it was only in the fifth that Padua broke through against Joseph Testa, who allowed one run on a single hit and two walks in five frames.

Novoa (1-2, 5.87) tossed three innings with five strikeouts, though he did surrender Parma’s run. Diego Fabiani (2-5, 3.97) earned his first save of the year with two perfect innings, sending three down on strikes. Gumercindo González, owner of one of the more unusual names in the IBL, pitched four dominant innings in relief of Testa.

The Tommasin men were hard-luck losers in game two, pounding out 13 hits, second most on the season, but stranding 11 runners in a 6-2 defeat. Matteo Spada (0-1, 7.71) was pounded in his first start of the season, giving up all but one of the runs in 3 2/3 frames, and even Teahen’s historic blast could not set Padua aright.

Yomel Rivera (2-1, 3.96) earned the victory for Parma despite surrendering eight hits in five frames, but the veteran walked only one and permitted a single run. Padua had its chances against Michele Pomponi, who walked five and gave up five hits, but only one crossed the plate.

Teahen, who was errorless at third in both games, was 1-for-4 with a K in game one. He may have finally gotten the bat going, however, with the four-bagger to go with a walk and a one-base hit in game two. His batting average is up to a season-high .233 and, notably, he has been putting the ball more in play, with only one walk in his last six games. The former Royals’ star is now second in the IBL in walks (17), one behind national teamer Giuseppe Mazzanti. No doubt this dropoff, in part, is due to his extended slump, with opposing pitchers growing more confident in challenging him.

Padua, meanwhile, is second from the bottom at 5-13, nine games behind leaders UnipolSai Bologna. Newly promoted Padule is three games behind them in the cellar, but with an upcoming series at Angel Service Nettuno (12-6), improvement will be hard to come by.