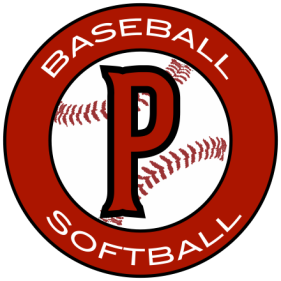 Padua staged a dramatic comeback in Friday’s opener with Novara, but was routed today as Mark Teahen went hitless for the weekend. The struggling Tommasin Padova club has now split both of its series with Novara (4-4), but has a 2-6 record on the season.

In the opener, Padua’s Yunior Novoa (six) and Roberto Canache (three) combined for nine solid frames, fanning seven, but the offence took until the ninth inning to deliver the victory against Raul Ruiz and Brent Buffa. After single runs for Novara in the fifth and eighth, the visitors made a crucial error on a sacrifice bunt in the game’s final inning, which allowed a run to score. Filippo Pacini stroked his third hit of the day to set up Luca Martone, who stroked a walkoff single by Luca Martone.

Teahen scored the game’s first run in the second. After reaching on an error, the former Kansas City Royal came round to score, but was 0-for-3 with a walk in his final four trips to the plate.

In today’s game, Novara put up crooked numbers in the fourth and fifth en route to an 8-0 shellacking. Padua sent five pitchers to the mound, and its staff surrendered 11 hits, seven walks, and hit two batters. Meanwhile, Alex Bassani was masterful in 6 1/3 scoreless, allowing only four baserunners. Yovany D’Amico finished up with  2 2/3 shutout frames. Novara has allowed only nine runs in four games to Padua.

Teahen was one of several hitters who struggled for the Tomassin club, going 0-for-4.  After a big weekend against Rimini a week ago, Teahen’s batting line is down to .167/.412/.292. It is worth noting that the ex-big leaguer is 0-for-14 with two walks against Novara and 4-for-10 with seven walks against other Italian Baseball League teams.

Tommasin Padova will play at home next weekend against bottom-of-the-table Padule (1-6). Padule has a 7.20 ERA on the season compared to Padua’s 5.16, while the Padua is ranked only above Padule in hitting. The two clubs play a doubleheader on Saturday at 14:30 and 19:30 GMT.

For more on Teahen’s journey to become the ‘Next Italian Baseball Superstar’, check out our other articles and an interview with Teahen here.